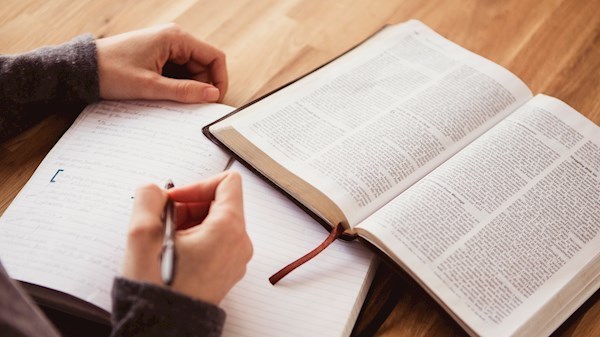 The letters of 1-3 John are three distinct writings that have been grouped together in our Bible due to early church tradition that they were all written by the author of the fourth gospel. All three writings indicate that there is conflict within the church community, though the conflict is different (although perhaps related) in each.

• Length: 1 John is five chapters, but both 2 John and 3 John are a single page (one chapter) each. 1 John, which does not have the same epistolary structure of 2 and 3 John, is less like a letter and more like a sermon exhorting the hearers to remain faithful to the teachings in which they have been instructed.

• Authorship: Most modern scholars conclude that they were written by either one or two people who belonged to the Johannine community of early Christian churches, but not necessarily by the writer of the fourth gospel. Both 2 John and 3 John are written by someone who refers to himself as “the elder”.

• Date: Some time after the writing of the Gospel of John, towards the end of the 1st century CE.

• In 2 John, the “elect lady” (v.1) and the “elect sister” (v.13) are likely honorific titles for two of the Johannine congregations, rather than referring to specific individuals.

• 2 John is written for a collective audience of hearers, whereas 3 John appears to be written as a personal letter to someone referred to as “Gaius”. The names Gaius, Demetrius, and Diotrephes make it clear that there were gentiles (majority?) within the Johannine community.

• 1 John addresses a serious schism from within the Johannine community which threatens the orthodoxy of its teachings and the integrity of its membership. Some members have already departed (2:19), and so the writing focuses on en-couraging those who remain to strengthen their faith in God and their relationships with each other.

• Clearly, many themes of the Gospel of John are reflected in these three letters:

 Distinctions between light and darkness, truth and falsehood, the community and the “world”, life and death

 The pre-existence of Jesus from “the beginning”

 Believers in Jesus being born “from God”/“from above”

 The importance of abiding in God’s/Jesus’ love